Remember that weird ritual we did back in elementary/middle school in order to scare ourselves? If we would go in front of a mirror at night, or exactly at midnight, or whenever they told you and say bloody Mary three times in the dark she would appear in the mirror before you (and apparently curse you or something). When I was in elementary school that used to scare the crap out of me and I refused to even partake. I wouldn’t even look into a mirror at night for a brief period (I know I was a wimp!), but then I grew up and wondered…why are we so scared of Mary Tudor? If I could get this “ritual” to work I would do it to ask her questions about history and what life was like in her time (because I am a nerd)! But, anyway, I wanted to write a post about how she got her name and, well, why I feel bad that she has been remembered this way in a child’s game. 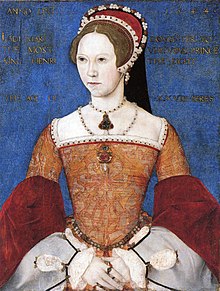 Mary Tudor had a rough life. She was the first child of Henry VIII and the only one born from Katherine of Aragon. Her mother was a Spanish princess (daughter of Isabella and Ferdinand) and was raised a very strict Catholic. Subsequently, this was how Mary was raised as well and one has to admire how she stuck to her core beliefs her whole life. Eventually, Henry fell in love (or lust??) with Anne Boleyn and decided to split the church in order to set aside her mother. Being her passionately loyal self, Mary refused to recognize Anne’s claim and always believed her mother was the true Queen. This caused her to lose her title as princess and her role in the line of succession. She could not even communicate with her mother (living in exile in England) up until her dying day. As the years went by, and after back and forth regarding if she and Elizabeth were legitimate or not, she became a wealthy landowner. Her brother Edward started a staunchly Protestant reign and Mary continued to resist. According to Susan Doran, one instance Mary entered London accompanied by about 130 of her supporters holding rosaries to show her loyalty to the “true” faith. She was lucky she had powerful cousins in Spain that Edward was not able to take serious action against her defiance.

In 1553, Edward died very young which allowed Mary her chance to take the throne and “save” England from the heretics. After defeating the resistance and Lady Jane Grey (used as a pawn for the Protestant agenda and then executed later), Mary became the first ever Queen of England in her own right. She was 37 years old. Against the wishes of her Parliament, Mary insisted she would marry Prince Philip of Spain due to the importance she placed on bringing England back into the Catholic Church. This marriage was extremely unpopular with most of her subjects throughout her reign; they wanted their Queen to marry an Englishman not a commoner. Mary believed she was soon pregnant, but this was unlikely due to age. Mary so longed for a child her whole life, but it ended up being either a phantom pregnancy or some kind of tumor. This left her extremely sad and embarrassed that she told everyone she was pregnant with the Catholic heir, but it was never to be. I learned that one version of the Bloody Mary ritual included a taunt towards the spirit reciting that you “stole her baby” three times, which makes sense based on this woman’s life. 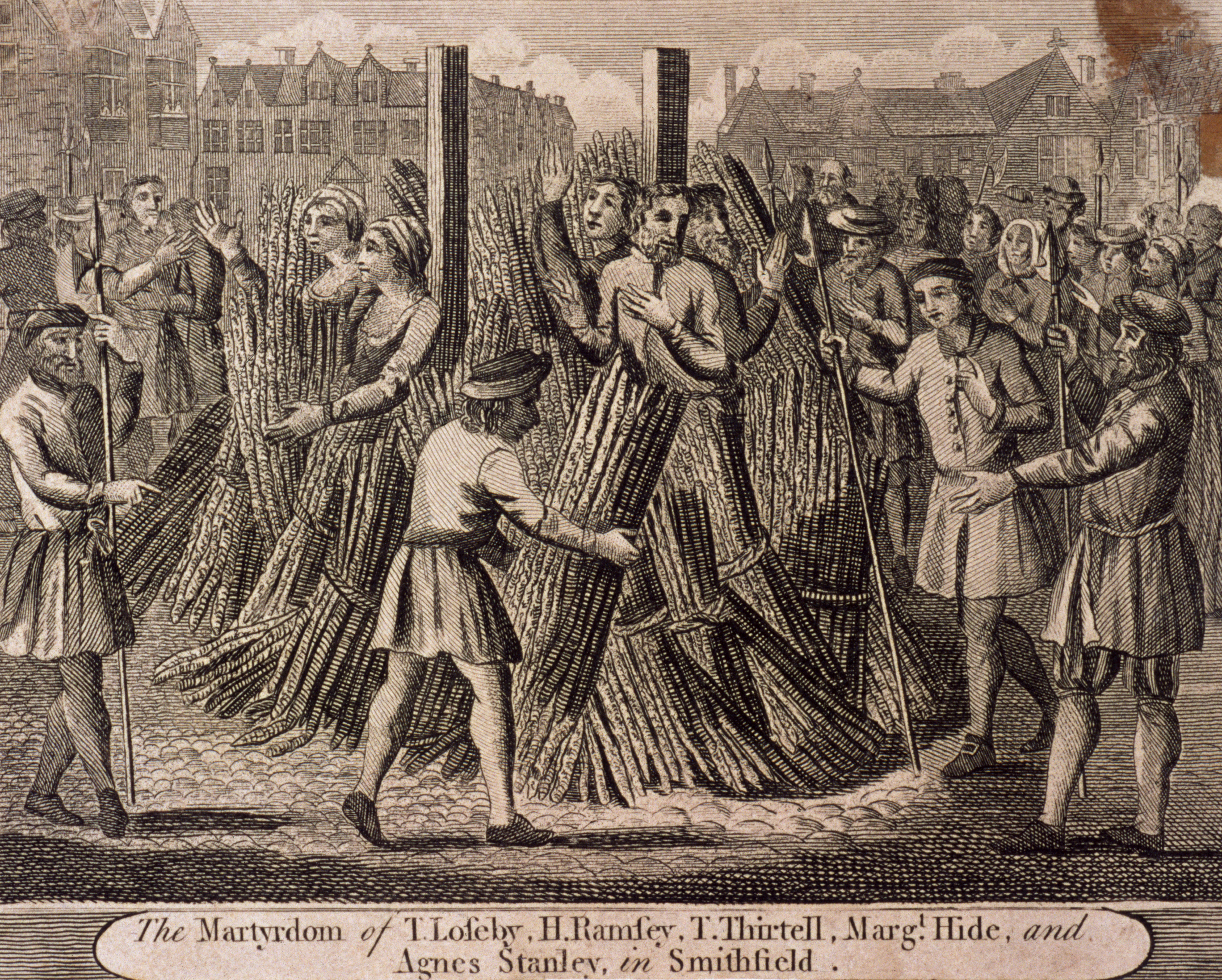 But why was she called Bloody Mary? In 1554 Mary began replacing all Protestant clergy with Catholics and restored the traditional mass. One would be considered a heretic if they were found to be Protestant. Throughout her reign over 300 people are burned for heresy; this started with churchmen then included the common people.

“The third fire was kindled within a while after, which was more extreme than the other two…and then the bladders of gunpowder broke, which did him small good, they were so placed and the wind had such power. In the which fire he prayed with a somewhat a loud voice: “Lord Jesus have mercy upon me! Lord Jesus have mercy upon me! Lord Jesus receive my spirit!” And these were the last words he was heard to utter. But when he was black in the mouth, and his tongue swollen, that he could not speak, yet…he knocked his breast with this hands, until one of his arms fell off, and then knocked still with the other, what time the fat, water, and blood dropped out at his fingers ends…his strength was gone…” -John Foxe, Book of Martyrs (1563)

Yeah…I know that’s a very gross description of the burning of John Hooper who was one of the first Protestants condemned during Mary’s reign. But, I thought the quote was important to show how the nickname Bloody Mary came about; imagine this horrific process playing out in front of an audience 300 times. It is very unfortunate that people were made to die just because they did not conform.

Mary eventually died on November 17th 1558 by falling ill with influenza. Her ambitious husband already started extending his favors to Elizabeth to try and keep his position while his wife was still alive. Mary’s reign was short and unfortunately remembered for the negative. I admire that Mary had strength and goals during her reign (she wasn’t just going to marry and sit back to let her husband take over) and how, throughout her whole life, she always stuck to her beliefs and her morals despite what others thought. But, I do not admire her methods and the executions she did just because someone thought differently than her. Yet, many of her subjects agreed with her Catholic agenda and if she had lived longer it is possible England would have been brought back under the Papal banner. How would history have been different?

Before I conclude this post, I would like to talk about Elizabeth I (the sister who followed Mary and led an age remembered as Golden). Naturally, she revoked all the steps that Mary had made to make England Catholic and chose the Protestant route. It is true that Elizabeth was a lot more “tolerant” in a way. As long as she didn’t see what you did in the privacy of your home and that you attended Protestant service every Sunday you were fine (especially at the beginning of her reign). But, eventually with the support of her advisors, she became more strict. Protestantism to Elizabeth was a way to conform England and consolidate her power. By 1588, feeling threatened by the Catholics, she began to have them hunted. Being an open Catholic who would not conform to Elizabeth’s decree would be cause to be charged with treason and execution (burning or hung,drawn and quartered). Neither Queen is completely innocent. Sometimes it is hard to believe the intense persecution back then just because of one’s religious beliefs, but religion was their life back then and it also granted great power to those who enforced it. It is unfortunate that toleration was unacceptable.

Why would Mary go down in history as “Bloody Mary” and Elizabeth be remembered as the Golden Queen?

What other rituals can you think of that have origins so long ago?

The Tudor Chronicles by Susan Doran