This week celebrated one of the most important events in American history. Wednesday, July 4, was the anniversary of the ratification of the Declaration of Independence and, after spending some of the week in Boston, I find myself full of the Revolutionary spirit! I wanted to create some blog posts this month that highlight some of the key events leading to the break of the American colonies from England.

I came to a realization while traveling in Boston that in current time we don’t truly realize how radical the events of the Revolution were. The rights to “Life, Liberty, and the Pursuit of Happiness” and having a government that is run by the consent of the people are just what is expected. That did no exist in the world that the Declaration of Independence was born into. The American colonies were there for the benefit of the parent country first and their own needs were secondary. These figures in our history were truly risking their lives for something they did not know would work at all and I admire that. At the time, Britain, and even the world, believed these “upstart colonists” were doomed to fail. Britain was the greatest power in existence and they had the advantage. When the British looked at the colonist they saw untrained and undisciplined farmers while they had a professional army. Some in Parliament even viewed the future Americans as “lazy”. The British also knew that the colonists could not finance a war as they had no navy and no way to manufacture supplies in large quantities.

At first the colonists were looking to negotiate with Britain and not actually break away as an independent nation (though there were radicals from the beginning, like John Adams, who did want this). As stated by Jefferson in the Declaration:

“In every stage of these Oppressions We have Petitioned for Redress in the most humble terms: Our repeated Petitions have been answered only by repeated injury. A Prince whose character is thus marked by every act which may define a Tyrant, is unfit to be the ruler of a free people.”

Back in 1765 the Colonists had protested Britain regarding the Stamp Act and all negotiations following that by the Continental Congress. All of these had been ignored by the British government in favor of keeping the present power and economic system to the advantage of Great Britain. In August 1775, George III had declared that the colonists were now considered rebels and that they were no longer under Britain’s protection. Then in October, George III ordered an enlargement of the navy and army. This indicated that Britain was ready to use force to keep the colonists in line. The Prohibitory Act was also released in 1775 which created a naval blockade against all trade going in and out of the colonies. This consideration of this type of action by Great Britain had been brewing since the Boston Tea Party in 1773. This time it is was really happening. The result of these actions caused many of the colonists to change their mind about trying to negotiate and the country began to dip in favor of independence. With this show of force Britain, in fact, brought the colonies in more unity with each other.

In the Declaration of Independence, Jefferson specifically lists 27 grievances against the British monarchy, which the Continental Congress had been petitioning the monarchy to remedy, which included some of the following:

At the time the Declaration was written and signed, the colonies had essentially been running their own independent government (Continental Congress) for over two years. It was this Congress which had been negotiating with the British, who had been appointing and sending ambassadors to England, and most importantly, seeking foreign aid. The Declaration of Independence had a more practical purpose and there was a reason it was written at the time it was.  The future Americans needed foreign support with supplies and military power, but prior to the Declaration no European powers would take the gamble. By formally cutting themselves off from the British Empire and becoming a new nation in this document other countries would looks more favorably on the Americans. They had made a decisive decision and could make their own decisions regarding alliances and trade. Other countries would not have to worry as much about the Americans suddenly changing their minds; it seemed more secure. After this document the Americans became welcomed by France and beloved by the people there. The French began to send weapons and supplies. After the great victory during the Battle of Saratoga in 1777, the French were confident enough to provide great military experience. This was a turning point in the war.

Would the words “all men are created equal” and the “certain unalienable rights” have lived on if the British had quashed this rebellion earlier on? It is interesting to think about, but I am glad history played out the way it did. The Declaration of Independence became one of the most influential documents in the history of the world as it inspires the words used in other great revolutions. The most immediate example is the French Revolution where this was used a template for their own Declarations of the Rights of Man and the Citizen (1789). Women’s rights activists in America used the words for their Declaration of Sentiments where they declared “we hold these truths to be self evident that all men and women are created equal.” A specification that was lost in the original. This particular line of the original would cause much debate going forward by anti-slavery activists as well. They would hold our country accountable to the words that were written at our Founding.

In 1790, the Manifesto of the Province of Flandars would declare, “Since it has pleased Divine Providence to restore our natural rights of liberty and independence by severing the bonds that once fastened us to Prince and House whose domination was ever harmful to the interests of Flandars…”

In 1804 the Haitian Revolution followed suit with their own declaration of independence and in 1811 Venezuela declares, “We the representatives…forming the American Confederation of Venezuela…considering to full and absolute possession of our Rights, which we recovered justly and legally from the 19th of April, 1810…in consequence of the…occupation of the Spanish throne by conquest, and the succession of a new Dynasty, without our consent: are desirous, before we make use of those Rights, which we have been deprived of by force for more than three ages, but now restored to us by the political order of human events, to make known to the world the reasons which have emanated from the same occurrences and which authorize us in the free use we are now about to make of Our Own Sovereignty.”

Then New Zealand followed in 1835 and declared themselves the United Tribes of New Zealand and an independent state.

In 1776, the colonists were taking an extreme risk in order to fight for what they believed in. They were the underdogs and knew at any point they could fail. But, without the risks they took our world may be very different today. 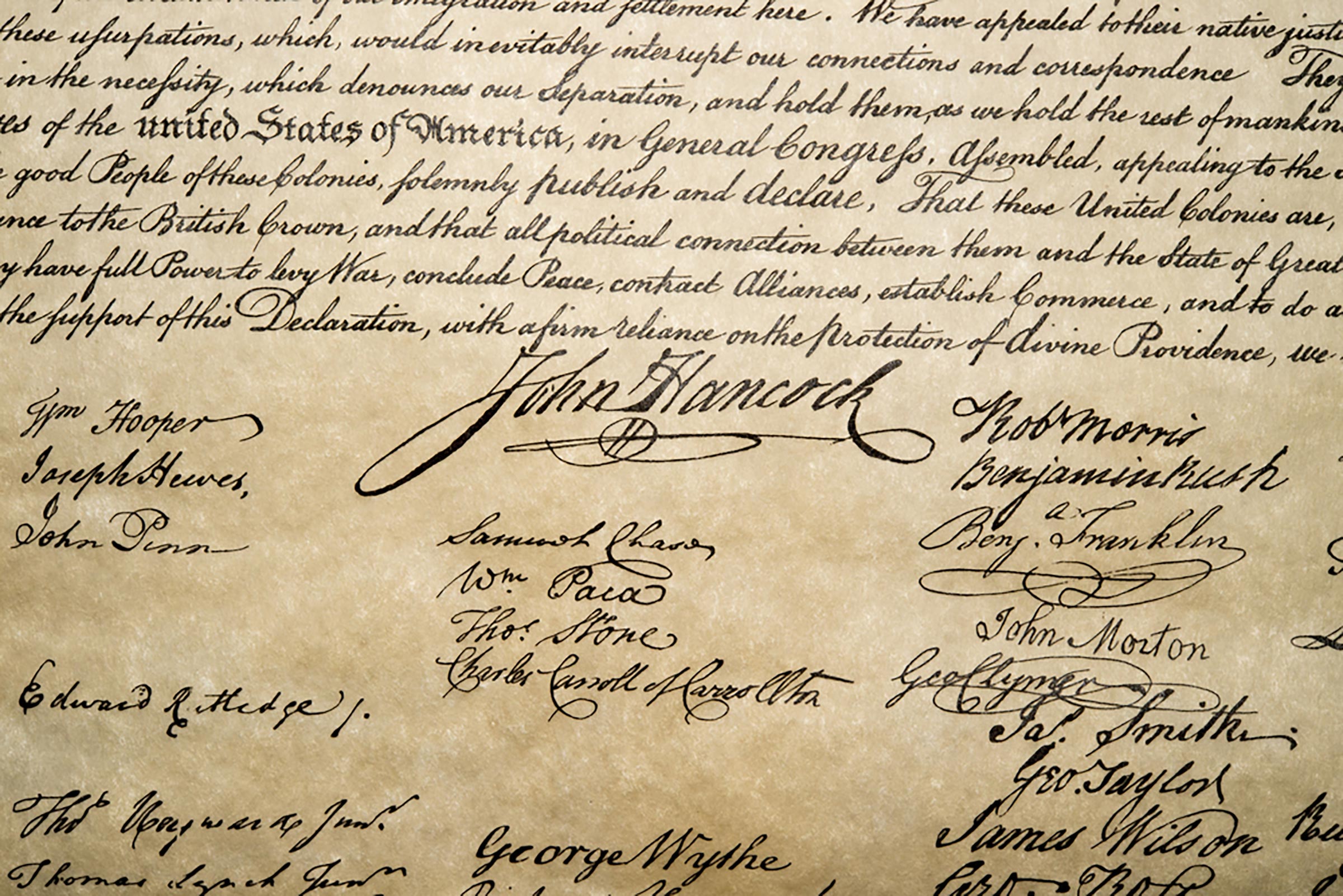 Transcript of the Declaration of Independence

Whirlwind: The American Revolution and the War the Won it by John Ferling

The Declaration of Independence: A Global History by David Armitage