As an open transgender individual, it was nearly impossible to find work. Johnson was living on the street. She would sleep at the movie theaters and even under the tables of the flower vendors. Yet, despite the hardship she lived, she became known as St. Marsha to the people of the transgender community. She was a very brave person. People remembered her for always having a positive attitude and a kind and generous spirit. She would give away her last dollar for someone in need, she would give away clothing and jewelry, and, most importantly, she would provide encouragement and happiness to those who were down on their luck.

Johnson was very creative with the little means she had. She would use flowers to create floral arrangements to wear on her head, created drag outfits out of thrift store finds and donated clothes, and eventually she would become an entertainer.

Sylvia Rivera was another important figure in New York City. Rivera was born in New York City and was of Puerto Rican descent. She was an orphan living on the streets but found a home in the transgender community. At a young age, she joined the Gay Activists Alliance and fought not only for gay rights but for the inclusion of transgender individuals in the movement. Rivera and Johnson met in Greenwich village and formed a strong friendship.

Throughout their lives in Greenwich Village, both Rivera and Johnson were harassed by law enforcement. They were often arrested and locked up. They lived on the street and sometimes worked as sex workers. Harassment by law enforcement was common for many people of the transgender and LGBT community. There was a bias against them that prevented them from being who they truly were.

In June 1969, The Stonewall Inn, which was known as a popular gay bar, was raided by police. Bars like the Stonewall Inn were important to LGBT individuals as they were places they could be themselves and be accepted by those who were like them. The Stonewall was also one of the few gay bars that allowed drag queens to enter. The Stonewall was often raided. The lights would go out and everyone present had to show identification. Those in drag or without identification were arrested immediately. They were arrested if they were not wearing the required to wear three pieces of “proper gender” clothing. Kissing, dancing, and holding hands with someone of the same sex was also still illegal.

Yet, on this particular night, enough was enough. It is said that Marsha P. Johnson was the one who started the rebellion. Supposedly, throughout the bustle of the raid, Marsha threw a shot glass into a mirror and shouted, ” I got my civil rights!”.  With this inspiration and resistance against the police, other patrons began to follow. They were tired of being treated terribly and manhandled. The crowd began to throw items at police and eventually barricaded themselves in the bar.  After the police dispersed this crowd, for the next few days riots would continue to flare up in in the area. These riots opened the way for many LGBT movements to begin and on its anniversary, the first gay pride parade was held. The story of Johnson’s involvement may have been exaggerated over time, but it is important to the impact of the Stonewall Riots.

Johnson and Rivera would go on to found STAR (Street Transvestite Action Revolutionaries) in 1970. This was a way to assist transgender youth who were homeless and  living dangerous lives on the streets. Both of these women knew the hardship that young LGBT people felt and the violence they experienced from intolerant people and police.  They also noticed that the current gay liberation movement turning a blind eye to assisting the transgender youth.  Sylvia and Marsha created this organization to provide housing and food for those who needed it and gave them a safe haven. Despite having so little, the two found ways to pay the rent to support their STAR home.

Unfortunately, STAR did not last quite as long as the two envisioned due to economic issues and rent increases, but it was influential to the movement and the first LGBT youth shelter in the United States. The organization and its founders would serve as inspiration for future activists. 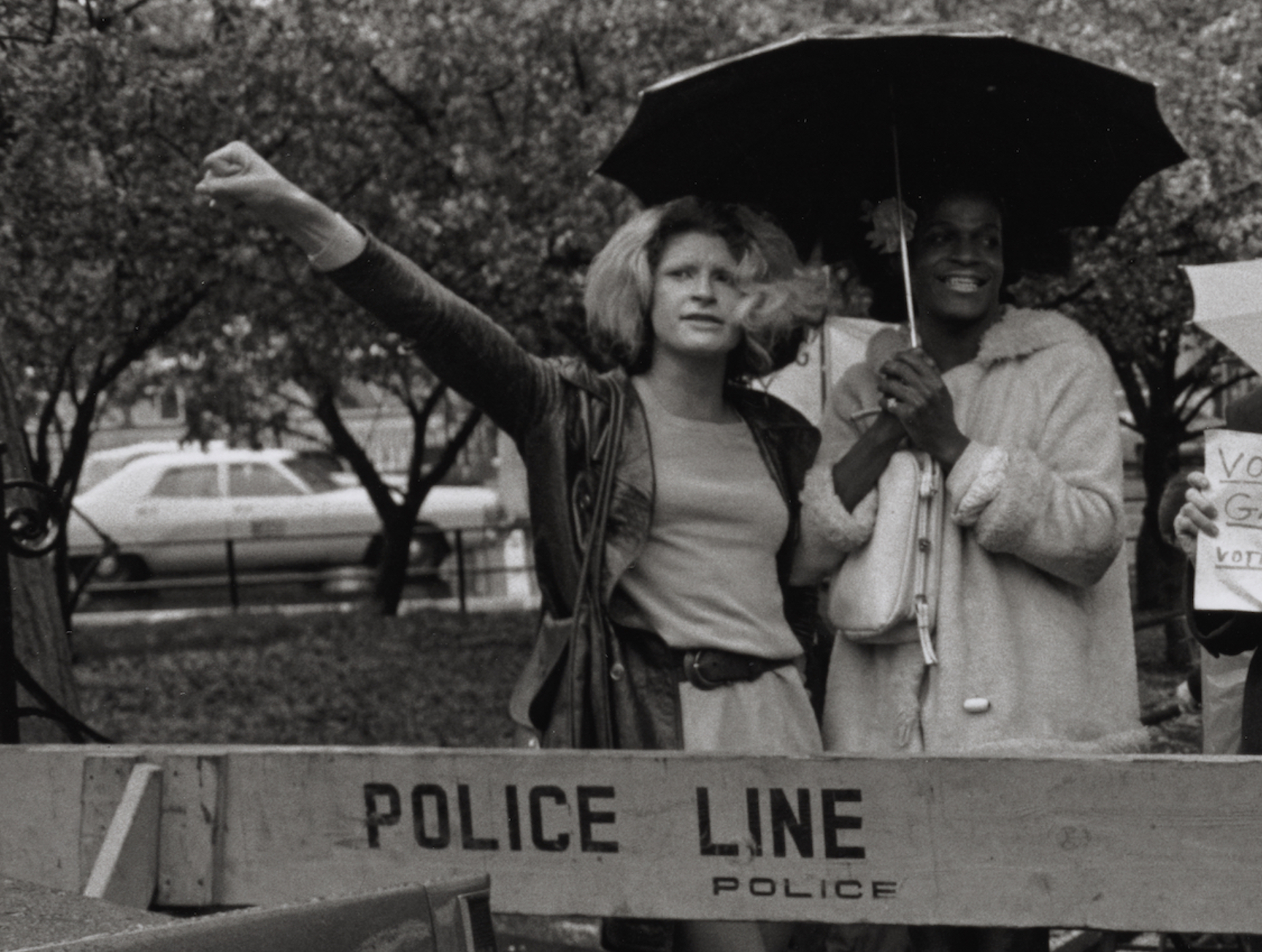 STAR had its own manifesto when it founded in 1970. Below is a copy of what it said which was pulled from Stephan Cohen’s book, The Gay Liberation Youth Movement in New York: ‘an Army of Lovers Cannot Fail’ :

The oppression against Transvestites of either sex arises from sexist values and this oppression is manifested by heterosexuals and homosexuals of both sexes in the form of exploitation, ridicule, harassment, beatings, rapes, murders.

Because of this oppression the majority of transvestites are forced into the street and we have formed a strong alliance with our gay sisters and brothers of the street. Who we are a part of and represent we are; a part of the REVOLUTIONARIES armies fighting against the system.

Rivera and Johnson continued to be activists in their community. They often organized and participated in protests for gay rights despite the hostility against transwomen from others in the movement. At Pride March in 1973, Rivera was blocked from speaking. She stole the microphone away and, to a chorus of boos, she shouted, “If it wasn’t for the drag queen, there would be no gay liberation movement. We’re the front-liners.”

Marsha P. Johnson would perform at a drag revue called Hot Peaches. The artist, Andy Warhol, took notice of Marsha and included her in a silk-screen portrait as part of his “Ladies and Gentlemen” series. Johnson was also very active in fundraising and assisting those who were suffering from AIDs in the 1980s. Marsha herself had the disease.

In 1992, Marsha’s body was found in the Hudson River. Her death was officially declared a suicide by the authorities with very minimal  investigation. Many of her followers and family believed that her death was not a suicide, but a possible homicide. There are reports of her being followed and she had been the victim of violent attacks prior to her death. Her case was reopened in 2012 and is still being investigated.

Sylvia Rivera continued the fight until her death in 2002. She supported the Transy House which was founded in 1995 by two transwomen (Rusty Mae Moore and Chelsea Goodwin). A descendant of STAR, it provided a safe place for transgender individuals who were homeless or had been kicked out of their homes. It continued until 2008. Rivera continued to push for more trans individuals to become involved in the LGBT movement and continued to give speeches at Pride events around the world. She helped in the fright for the New York City Transgender Rights Bill (gender identity and gender expression is a human right) and the New York State Sexual Orientation Non Discrimination Act (prohibited discrimination on the basis of gender identity in employment, housing, education, public accommodations, etc.).

In 2019, it was announced that Marsh P. Johnson and Sylvia Rivera will have a monument built in their honor in Greenwich Village. This was during the 50th anniversary of the Stonewall Riots. This monument will be to honor their work in the early LGBT movement.

I greatly admire both of these individuals and the work they did. They went through so much hardship, yet continued to fight for a cause they believed in and continued to help others before themselves. They were so influential to the LGBT movement, yet I never learned about them in school.  I hope this post will bring their work to the attention of others and I encourage further research into their lives.

Frameline Voices-Pay it No Mind: The Life and Times of Marsha P. Johnson (This documentary features one of the last interviews by Johnson and interviews from friends/those who knew her)