Throughout history, morality laws have been used by empires to place restrictions on society in order to create a specific image and enforce power. Many times, these laws would especially affect a specific group within the population. The post this month will compare two different ancient cultures and reveal how ancient morality laws were used to place controls on women. It will explore how these restrictions were to help create the ideal society that the leaders envisioned. In the process, some amazing heroines, The Trung sisters of Vietnam, will be highlighted. Even in the current era, morality laws can still be found. In the past decade there have been many debates which affect marriage rights, healthcare, and the choices of particular groups in our society. Many of the ancient laws that are discussed here will seem outdated, but it is interesting to compare to the discussions happening in our world today.

END_OF_DOCUMENT_TOKEN_TO_BE_REPLACED

In this post I want to bring attention to the Christmas Eve Italian Hall Disaster. This event is a forgotten piece of history to those outside of the local area. This story takes place in the early 1900s during a time where big corporations were booming and there were essentially no restrictions on how an employer could choose to treat their work force. It begins with local workers who became fed up with the way they were being treated and realized that they should be worth more to their employers. With great sacrifice to many union families, a strike begins. Unfortunately, it will end in a Christmas tragedy, but there will be a legacy that these families left behind. It should not be forgotten.

END_OF_DOCUMENT_TOKEN_TO_BE_REPLACED 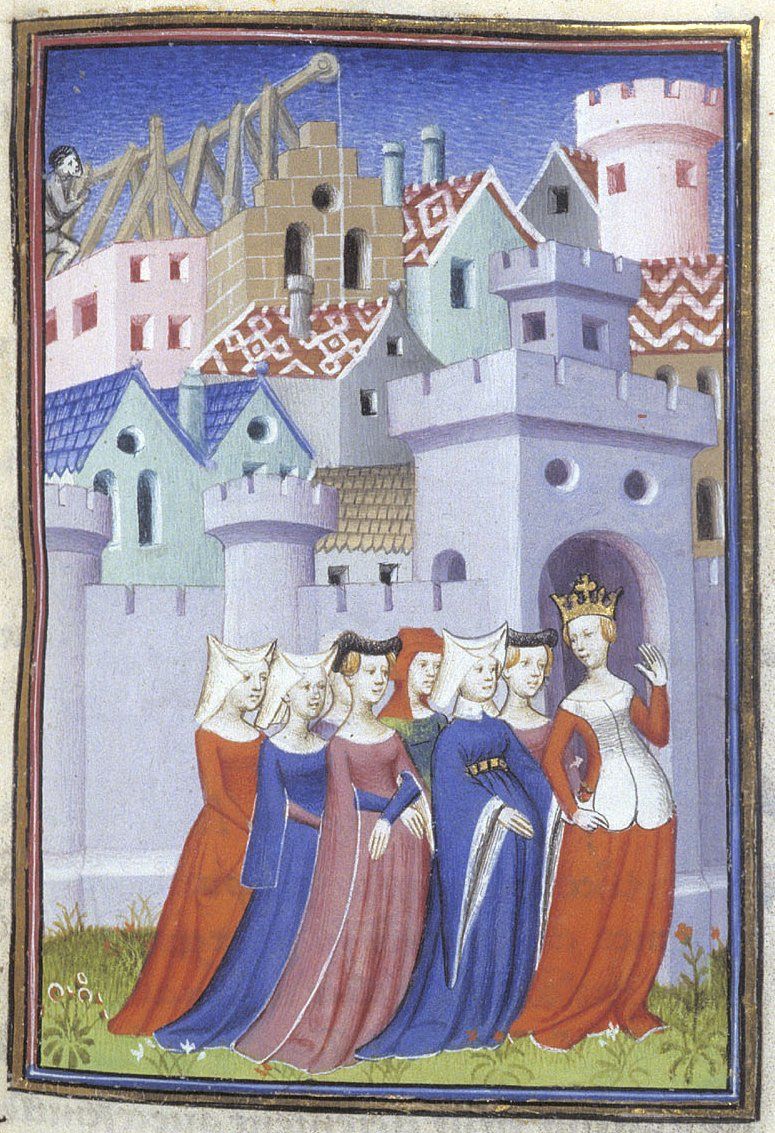 Christine is considered one of the first feminist figures as, through her work, she directly addresses many of the injustices her sex had been subjected to. She calls out the injustice of their treatment in a very progressive manner. This is evident in two of her most famous books, The Book of the City of Ladies and The Book of the Three Virtues. Christine’s version of feminism in the 15th century is still not like it is today (as she was still a woman of her time), but it was extremely radical for the period she lived through. I first learned about this amazing woman in an art history course in college and she has been a figure that I have wanted to highlight for a long time now. END_OF_DOCUMENT_TOKEN_TO_BE_REPLACED

In this post I wanted to highlight a new book by author and historian, Hallie Rubenhold. The Five is a history that involves the now infamous story of Jack the Ripper. Jack the Ripper was a serial killer that terrorized Victorian London. In the modern area, it seems his killing spree has almost been glorified through the media and tourist attractions. It is all about Jack the Ripper, his mysterious identity, and his modus operendi. His victims are only remembered as “prostitutes”, but can any of us even recite their names?

END_OF_DOCUMENT_TOKEN_TO_BE_REPLACED

Roxelana’s notoriety has lasted long after the end of her life. Despite her status as a female slave in a patriarchal society, she would go on to make her mark in politics, break traditions, and create an example for royal women in the future of the Ottoman Empire. She also founded many charitable foundations throughout Istanbul and beyond. Roxelana would gain the title Haseki Sultan of and become the wife of Sultan Suleiman the Magnificent. To many, Roxelana may be an unknown figure in history, but she has always been a person of interest to me. I had watched the first season of the Turkish drama, Magnificent Century, and was inspired to learn more. I have been very excited to create this post and hope to bring more awareness to Roxelana’s impact in Ottoman history and women’s history.

END_OF_DOCUMENT_TOKEN_TO_BE_REPLACED

Aethelflaed has received a revival of interest with the popularity of the show The Last Kingdom and other media. She is a fascinating character, but, in this post, I wanted to answer two questions. Who was the actual Aethelflaed and why is she so important to English history? I believe she is an important female figure who is often overshadowed by others during the Anglo-Saxon period. In the year 911, Aethelflaed, known as the Lady of the Mercians, took over the command of the kingdom of Mercia after her husband’s death. She was not just a regent until the next male heir came of age but was viewed as the head of government by her own people. She is known as an effective military commander, diplomat, and a benevolent ruler. By the end of Aethelflaed’s reign, she contributed much to the eventual consolidation of Saxon England.

END_OF_DOCUMENT_TOKEN_TO_BE_REPLACED

As seen in my previous post, Boudica had surpassed all expectations. She shocked the ancient world by inspiring an army of thousands of Britons to finally take back what had been theirs originally. They were fighting against the abuses her people had faced for seventeen years at the hands of the Romans. Boudica and her warriors had burnt the great city of Camulodunum to the ground and decimated the ninth legion. Fear spread quickly across the the land, but Governor Paulinus was not about to be defeated…

Boudica’s next target was Londinium (modern day London), which (at the time) was a relatively new city. It was created to be a trading port with the continent and was mostly populated by traders, craftsmen, and wealthy citizens. Londinium was estimated to have a population of about 30,000. This wealthy city was ripe for looting and, unfortunately for the citizens, there was no military presence (especially with the ninth legion now inoperable). The second legion was called in to fight, yet they failed to arrive. The people of Londinium knew that they were ill prepared. END_OF_DOCUMENT_TOKEN_TO_BE_REPLACED

Today I wanted to spotlight a really awesome (yet, forgotten) woman from history. She was the great-great granddaughter of Genghis Khan, one of the most famous conquerors in history. Her father was Kaidu Khan and was descended from the third son of Genghis. She was born in 1260 and had fourteen male siblings. Her name was Khutulun meaning light of the moon.

Khutulun was a unique woman in the scope of world history. Her father raised her alongside her brothers where she became an expert horsewoman, learned the art of battle, and became a proficient wrestler. Mongol women in general lead a different lifestyle than Western woman. Mongol women were taught from a young age how to ride a horse proficiently (very important in a nomadic society) and taught to fight with a bow and arrow. The main weapon in a Mongol army was the bow and often women did fight alongside their men as cavalry archers. Most importantly, their fighting ability would be able to protect their homestead. END_OF_DOCUMENT_TOKEN_TO_BE_REPLACED

Since the military action of 1066 was so dominant and due to the time period we are discussing, sometimes the women involved went unnoticed throughout history. Even though they were not directly involved in the physical fighting, they were present and contributed to the historic record in their own ways. With this post I want to dedicate it to three women who lived through this era and how the events influenced their lives. END_OF_DOCUMENT_TOKEN_TO_BE_REPLACED